Joshua is a Senior Reporting Fellow at ProPublica. Previously, he wrote a column about criminal justice for the Washington City Paper, reporting on topics such as police misconduct during undercover prostitution stings and prosecutors’ tactics for depriving defendants of the right to a jury trial. He also reported on behavioral health care quality inside schools, psychiatric hospitals and addiction treatment facilities, including a series of investigations into mismanagement at D.C.’s Department of Behavioral Health.

He holds a degree in mathematics from the University of Chicago.

The Hospital System Sent Patients With Coronavirus Home to Die. Louisiana Legislators Are Demanding an Investigation. 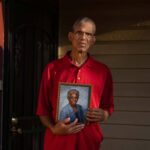 In New Orleans, hospitals sent patients infected with the coronavirus into hospice facilities or back to their families to die at home, in some cases discontinuing treatment even as relatives begged them to keep trying. 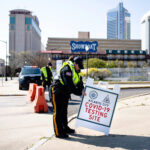 Secretaries are working as contact tracers. The person normally in charge of pet shops and tattoo parlors is monitoring nursing homes. And as the state reopens, workers worry duties will increase.

Crowds of mostly white protesters have defied Ohio’s stay-at-home order without arrest, while in several of the state’s biggest jurisdictions, police departments have primarily arrested black people for violating the order. 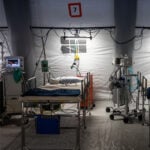 The novel coronavirus, a respiratory illness, is damaging kidneys at an unexpectedly high rate, according to experts. A shortage of dialysis materials has forced New York doctors to directly lobby corporate executives for help. 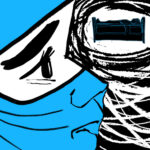 Low on essential supplies and fearing they’ll get sick, doctors and nurses told ProPublica in-person care for coronavirus patients has been scaled back. In some cases, it’s causing serious harm. 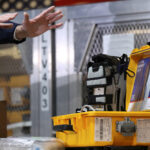 A 2006 pandemic plan warned that New York City could be short as many as 9,500 ventilators. But the city only acquired a few hundred, which were ultimately scrapped because it couldn’t afford to maintain them.

Hospitals Have Left Many COVID-19 Patients Who Don’t Speak English Alone, Confused and Without Proper Care

One medical worker told us: “It takes 10 minutes of sitting on the phone to get an interpreter, and that’s valuable time when you’re inundated. So this utilitarian calculus kicks in. And the patients that are most mainstream get the best care.” 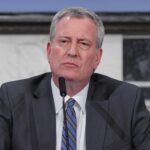 Your Neighborhood Might Be a Coronavirus Hot Spot, but New York City Refuses to Release the Data

Some local governments have published where coronavirus cases appear, down to the neighborhood level. New York City has made public only county-by-county data, making it difficult to see which communities are being hardest hit. 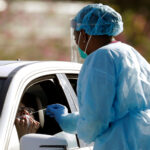 The Department of Health and Human Services has come under fire as several states’ requests for supplies from the emergency medical stockpile go unfulfilled. A chaotic distribution plan is buckling under a big problem: Nobody has enough. 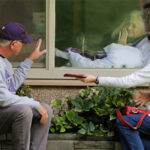 Should I Quarantine Because of Coronavirus? It Depends on Who You Ask.

Agencies, local authorities and national governments do not agree on who should be quarantined or what that should actually look like. Here’s what we do know.

He Wanted to Fix Rural America’s Broken Nursing Homes. Now, Taxpayers May Be on the Hook for $76 Million.

What the Photos of Wildfires and Smoke Don’t Show You